Dr. Stephen Campbell’s research and publication in the field of pre-modern Italian art have dealt with the role of art in courts, cities and state formation; the Renaissance literature and theory of art; the body, sex and gender; the histories of collecting and canon formation, and more recently the geographies of art in Italy and the Mediterranean.

A central concern is the role of style in visual communication. Dr. Campbell’s writing on role of calligraphic line in the fifteenth century Ferrarese painter Cosmè Tura, or disturbing stylizations of the body in the work of the sixteenth century Florentines Pontormo or Rosso is grounded in the inseparability of formal/aesthetic concerns on one hand and discursive/semiotic ones on the other.  The 2006 book The Cabinet of Eros made a case for the interdependency of literary and aesthetic concerns to one of the distinctive idioms of Renaissance art (secular and mythological painting), in opposition to Modernist and modernizing narratives about the period which have tended to treat “literariness” as a vestige of the non-artistic.  The book also sought to re-open the question of the role of paganism and the pagan gods in the elite cultures of Renaissance Italy before and after 1500; it locates discussion of two important cycles of mythological paintings (for the studioli of Isabella and Alfonso d’Este) away from the idiosyncrasies of individual patrons and into a more systematic examination of the cultures of reading and collecting among Italian elites, while maintaining a focus on questions of gender, sexuality, and embodied viewing.  More recent work on the principle of “grafting’ in Venetian art (especially Titian and Giulio Campagnola) develops further analogies with modes of literary composition in the 1500s.  Other work has concerned the construction of Jews and Judaism in Renaissance Christian art (Ferrara, Rome and Brescia in particular) – through stylistic as well as iconographical means.  Forthcoming books include The Endless Periphery.  Towards a Geography of Art in Lorenzo Lotto’s Italy (Chicago: University of Chicago Press, June 2019) and Andrea Mantegna: Humanist Aesthetics, Faith, and the Force of Images (Turnhout: Brepols, 2020).

He has curated and co-organized several exhibitions: Cosmè Tura: Painting and Design in Renaissance Ferrara (Isabella Stewart Gardner Museum, Boston, 2002); Artifice and Illusion: Carlo Crivelli of Venice (also at The Gardner, 2015), and The Renaissance Nude 1400-1530  (The Getty Museum and Royal Academy, London, 2018-19).

He has held post-doctoral fellowships at The Metropolitan Museum of Art, New York (1994-95); the Harvard University Center for Italian Renaissance Studies at Villa I Tatti in Florence (1999-2000); and the Center for Advanced Study in the Visual Arts, National Gallery, Washington (2005-06); The Clark Institute, Williamstown Massachusetts, 2016.

In November 2018 he gave Sydney J. Freedberg Lecture in Italian Art at The National Gallery, Washington.

“Sic in amore furens. Painting as Poetic Theory in the Early Renaissance.” I Tatti Studies: Essays in the Renaissance VI, 1995, 145-69. 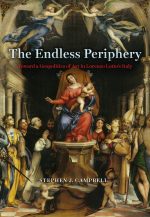 The Endless Periphery: Towards a Geopolitics of Art in Lorenzo Lotto’s Italy 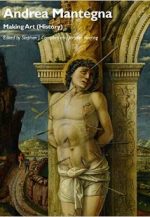 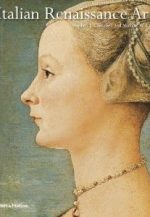 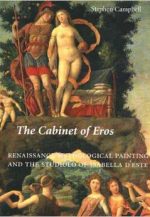 The Cabinet of Eros: Renaissance Mythological Painting and the Studiolo of Isabella d’Este

Artistic Exchange and Cultural Translation in the Italian Renaissance City 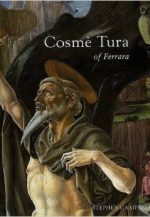