My art-historical work centers on northern Europe during the Later Middle Ages, Early Modern and Reformation periods, with the arts of Germany, Austria, the Low Countries and France comprising the principal arena of investigation.

Among my scholarly preoccupations, two have proven most durable: the role(s) art objects and visual culture can play in the formation of historical subjects, and the phenomenologies of the Christian devotional image. These concerns came together in my first book, The Thief the Cross and the Wheel: Pain and the Spectacle of Punishment in Medieval and Renaissance Europe (Reaktion Books, 1999), whose twin focal areas were late medieval Crucifixion imagery, and the rituals of criminal justice performed in town squares across Europe. Since its appearance I have continued to publish on aspects of the cultural history of pain expressions and pain experiences, an inherently interdisciplinary topic.

Pilgrimage and Pogrom: Violence, Memory and Visual Culture at the Host-Miracle Shrines of Germany and Austria (University of Chicago Press, 2013), the result of a decade of research, analyzes the role played by anti-Jewish myths, accusations, and on-the-ground persecutions in the formation of pilgrimage shrines to the Holy Blood (Heilig Blut) in the German Empire before the Reformation. In the book I show how architecture, altarpieces, relics, votive objects, and printed propaganda all worked in concert to shape a regionally distinctive perception of sanctity at these popular shrines. Another contribution to understanding art's multivalent role in the Christian-Jewish encounter is a volume I edited in 2008, Beyond the Yellow Badge: Anti-Judaism and Antisemitism in Medieval and Early Modern Visual Culture (Brill, 2008). And I continue to write on key aspects of premodern pilgrimage.

My third book, Perfection’s Therapy: An Essay on Albrecht Dürer’s Melencolia I (Zone Books, 2017) reopens the casebook on art history's most enduring image of creativity in paralysis, Dürer's master-engraving of 1514. Despite a century's worth of inconclusive symbolic interpretations, Melencolia I still looks to many like a puzzle awaiting a solution. Against this tradition, my book works through the notion that there really is no enigmatic "Dürer Code" to break -- and it goes on to recuperate an overlooked therapeutic potential for images that challenge, perplex, and exercise the mind.

Nearing completion, my current project, The Consolation of Wisdom: Meditation, Dialogue, and Devotion in the Art of Albrecht Dürer and His Contemporaries, pursues an ambition to delineate an as-yet unrecognized category of premodern European art: the philosophical image. By this I mean the kind of religious image that invites the beholder to prayer, virtual dialogue, inner reflection and creative cognition, often by modeling and mirroring the meditative stance one is meant to assume before the image. One such is Dürer's devotional icon of Christ as the Man of Sorrows (Karlsruhe), an utterly original and fascinating work which presides over the project's wide-ranging investigations as its central thought-image.

Two other projects I hope to complete in the coming years are (working titles): Recognitions: The Poetics of Tragic Witness in Northern European Art and Drama, a set of interlinked investigations into the dynamics of narrative disclosure in late medieval and Early Modern art; and Radical German Renaissance: Art, Dissent, and Freedom in the Era of Reform, which revisits the careers of Sebald and Barthel Beham, two Nuremberg artists whose lives intersected in fateful ways with the sectarian movements of the Reformation. Portions of both projects have appeared in journals such as Renaissance Quarterly, Art Bulletin, and Art History. I am also working on a short, trans-disciplinary history of speculation as a mode of attention suspended between natural theology, experimental science, and the physiological and physiognomic aesthetics of the modern era.

"'Return to Your True Self!': Practicing Spiritual Therapy with the Spiegel der Vernunft in Munich," in The Primacy of the Image in Northern European Art, 1400-1700: Essays in Honor of Larry Silver, ed. Debra Cashion, Ashley West, and Henry Luttikhuizen (Leiden and Boston: Brill, 2017), 362-77.

Pilgrimage and Pogrom: Violence, Memory, and Visual Culture at the Host-Miracle Shrines of Germany and Austria (Chicago, 2013).

The Thief, the Cross and the Wheel: Pain and the Spectacle of Punishment in Medieval and Renaissance Europe(Chicago, 1999).

Perfection’s Therapy: An Essay on Albrecht Dürer’s Melencolia I

Pilgrimage and Pogrom: Violence, Memory, and Visual Culture at the Host-Miracle Shrines of Germany and Austria 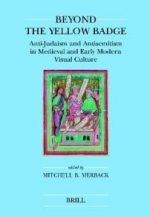 Beyond the Yellow Badge 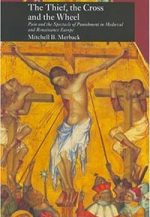 The Thief, the Cross and the Wheel: Pain and the Spectacle of Punishment in Medieval and Renaissance Europe