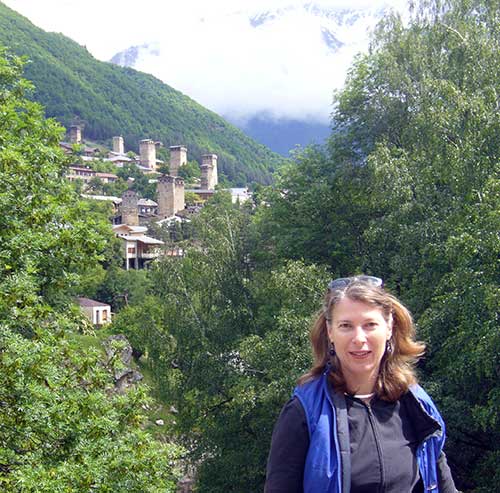 With a background in the broadly oriented German and Swiss academic traditions—I received my PhD from the University of Bern and defended my Habilitation at the University of Tübingen—I have pursued a wide range of research interests in medieval art with a geographical focus on Italy and the Eastern Mediterranean. I am particularly interested in issues of representation, mimesis, and allegory, the interactive relationship between art and the viewer, and the investigation of theoretical, historiographical, and political aspects of the medieval art.

My first book (Santa Maria Immacolata in Ceri: Sakrale Malerei im Zeitalter der Gregorianischen Reform, Rome, 1996) provides the first comprehensive study of a key monument of the Gregorian Reform in Rome. I demonstrated the impact of the principles of the Reform Movement for the revival of Early Christian ideals and imagery and for the specific reception of antiquity in twelfth-century Roman painting. For my second book, I turned to the fascinating, often interconnected, artistic landscape of southern Italy defined by its multifaceted relations within the Mediterranean and the lands north of the Alps. Art, Ritual, and Civic Identity in Medieval Southern Italy (Pennstate University Press 2014) investigates the creation, function, and change of the significance of liturgical furnishings and manuscripts in southern Italy (including Sicily). I am now working on a book project on medieval concepts of authenticity and processes of authentication.

Before joining Johns Hopkins, I taught at the University of Tübingen (Germany) and at Princeton University. I have been awarded numerous fellowships and grants from the Bibliotheca Hertziana, Rome (Max-Planck-Institut), the Carlsberg Foundation, the Center for Advanced Study in the Visual Arts (CASVA), National Gallery of Art, Washington, D.C., the Gerda-Henkel-Foundation, and Institute for Advanced Study, Princeton.

In addition to my research on medieval art—and motivated by the German academic tradition that requires a secondary competence—I have also published on northern German and Danish art in the first half of the 19th century, in particular on aesthetics and science in the academic tradition in Denmark, intellectual and artistic exchange between Rome and Copenhagen, and the role of landscape painting for the construction of "national" identity. For this particular research focus, please see the Research tab and my CV.

My first book (Santa Maria Immacolata in Ceri: Sakrale Malerei im Zeitalter der Gregorianischen Reform (Rome, 1996) provides the first comprehensive analysis of a hitherto unknown key monument of the Gregorian Reform in Rome and its hinterland. Based on the material evidence of the frescoes themselves, their stylistic, iconographic, and socio-political context, I demonstrate the impact of the principles of the Reform Movement for the revival of Early Christian ideals and imagery and for the specific reception of antiquity in twelfth-century Rome. The juxtaposition of an anthropomorphic representation of the Old Testament god with an image theoretical inscription at Ceri initiated one of the primary intellectual curiosities that drive my research: the impact of medieval image theory on the representation of the “invisible God”. Thus, in several articles and a co-edited volume (Die Sichtbarkeit des Unsichtbaren: Zur Korrelation von Text und Bild im Wirkungskreis der Bibel, with Bernd Janowski (Stuttgart, 2003), I investigate medieval concepts of representation and vision both in relationship to the frescoes in Ceri and more broadly.

My most recent book Art, Ritual, and Civic Identity in Medieval Southern Italy (Pennstate University Press 2014) investigates the creation, function, and change of the significance of stunningly beautiful and complex liturgical furnishings and richly illuminated manuscripts in southern Italy (including Sicily). This book spans a wide time period, setting the stage with an analysis of the Late Antique development of liturgical practices and furniture in the West as well as in the Eastern Mediterranean including Syria and Asia Minor, and ends in the fourteenth century. My approach concerns primarily the conceptual dimensions of these artworks, investigating the different modes of interaction that occur between church furnishings, images, and ritual movement. I engage with the recent methodological discourses in art history, most importantly with regard to the performative aspects of works of art and their reception, but also about issues of movement, narrativity, and processes of decoding.

I am currently working on two projects. One is a book-length study True images? The question of authenticity in medieval art that investigates concepts of authenticity and processes of authentication in medieval art. Here, I go beyond regional borders to address questions that developed from my interest in medieval attitudes toward images of cult and devotion: Which strategies—visual and other—were developed for creating images of the Christian god and the saints that would be acceptable for veneration? Can we discern a general theoretical discourse about truth that finds its visual expression in the production of medieval works of art? What establishes the authenticity of an image that is designed for cult and devotion, and how does knowledge about an image’s maker relate to its perception as authentic? I address the question of authenticity across a variety of examples, reaching beyond the cult image to include seals, legal documents, woodcuts, portraits, pilgrim badges, Agnus dei capsules etc. The broader aim of this book is to explore the conceptual character of medieval art and its paradoxical nature through the application of more recent view points from the fields of anthropology, social history, religion, media- and visual studies.

A second research project begins to take shape that concerns the medium of the illuminated scroll in the Middle Ages. I envision to explore scrolls in a global context and in a collaborative process that could result in an exhibition of  Late Antique papyri, Torah scrolls, Japanese and Chinese hand scrolls, Byzantine Biblical scrolls, Western medieval liturgical scrolls, and chronicles and hence will reach out to Jewish, Islamic, Asian, and Ancient Mediterranean and Near Eastern cultures.

In addition to my research on medieval art and motivated by the German academic tradition that requires a secondary competence, I have published on the intersection between natural philosophy and science and the fine arts in 19th-century Germany and Denmark. In particular, I have focused on the role of the natural philosopher H.C. Ørsted for the education and formation of the artists at the Royal Danish Academy of Fine Arts in Copenhagen. A co-edited volume Fictions of Isolation: Artistic and Intellectual Exchange in Rome during the First Half of the Nineteenth Century, with Lorenz Enderlein (Rome, 2006), investigates the intellectual background of the artistic and theoretical discourses in Rome in the first half of the 19th century is part of this broader interest in 19th-century art. I find that embarking on an entirely new and different field has proved immensely beneficial for my intellectual journey as a medievalist and art historian.

The centrality of the issues of representation and authenticity in my own research as well as within the current discourse in medieval art history, has led me to develop a number of courses, in particular a 400-level seminar AS.010.405.01 “Concepts for the depiction of the invisible God in the Middle Ages” (Spring 2014) and two graduate-level seminars, AS.010.652.01“Medieval Images of Visionary Experiences” (Fall 2013) and “The Medieval Image and Concepts of Authenticity (to be taught Spring 2015).

My 300-level course AS.010.360.01 “Medieval Art in Europe: Methodology, Historiography, Theory” addresses theoretical, methodological, and historiographical aspects of art history more generally, but with a material and historical focus on the medieval period. My interest in the significance of art and architecture in the broader scheme of political and religious history, has led me to design a 300-level course, AS.010.319.01 “Medieval Art and Architecture of the Holy Land” (Spring 2014). Departing from the fact that all three monotheistic religions have since the early Middle Ages claimed the same territories, this course aims to show that the creation of holy sites, their accessibility, and many transformations in the Middle Ages depended on the political and religious changes and were intricately connected with the making of art and architecture. I will be teaching a new 300-level course Spring 2015: “Transformations of an Empire: Power, Religion, and the Arts of Medieval Rome.” This course investigates the impact of the economical ups and downs in the eternal city’s medieval period, and addresses ideas and concepts behind different forms of leadership, both political and religious, as they intersect with the power of the arts and the self-referential character of a city that is obsessed with its own past.

I regularly arrange specific class meetings in the Eisenhower Library Rare Books seminar room, taking advantage of the collection’s facsimile editions of illuminated medieval manuscripts for close study in classroom. Additionally, I teach sections of my courses in the study room and regular exhibition spaces of the Walters Art Museum and have also taken students to field trips outside Baltimore, for example the Cloisters (Metropolitan Museum, New York City). Together with Martina Bagnoli, the Andrew W. Mellon Curator in Charge of Medieval Art and Manuscripts at the Walters Art Museum, I am planning to co-teach a graduate seminar—scheduled for the fall of 2015——on the “Senses in Medieval Art” in conjunction with an exhibition at the Walters Art Museum. 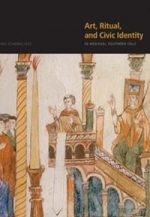 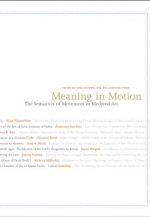 Meaning in Motion: The Semantics of Movement in Medieval Art 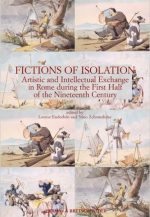 Fictions of Isolation: Artistic and Intellectual Exchange in Rome During the First Half of the 19th Century 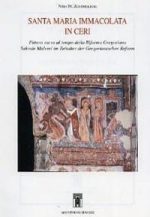