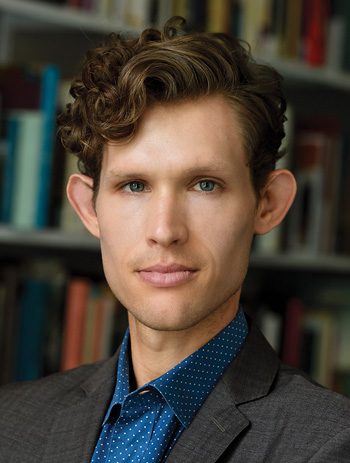 Aaron M. Hyman is a historian of northern European art and the art of the Spanish Empire, with a focus on the long seventeenth century. His interests include paradigms of artistic authorship and collaboration, the transmission and circulation of objects, and early modern print culture. Though his primary aim is to situate works of art within the conditions of their making and viewing, he is equally interested in the historiographic conditions that have either limited art historical understanding or obscured and excluded objects from the historical record.

Much of Hyman’s scholarship participates in art history’s recent global reorientation. His first book, Rubens in Repeat: The Logic of the Copy in Colonial Latin America (Getty Research Institute, 2021), focuses on the transmission of northern European prints to the Spanish Americas and the varying ways colonial artists engaged these materials. Despite the acknowledged importance of this phenomenon, the use of prints as sources for artistic production in the Spanish Empire has never received sustained or monographic attention. This book focuses on works of art in Spain’s American viceroyalties that were “copied” from prints by the Flemish artist Peter Paul Rubens. As Rubens’s career has come to define art historical evaluations of early modern authorship, he serves as a lens through which to understand a range of artists who reconstituted his compositions in paint and stone. Yet these artists and their works also enable a look back across the Atlantic to rethink Rubens himself. The book’s transatlantic frame stages a reassessment of how works of art exist in relationship across geographic distances and cultural divides, and a reconceptualization of key terms of early modern authorship. The Latin American Studies Association named Rubens in Repeat the best book published in Colonial Latin American Studies from 2019–22.

Hyman is currently at work on two new book projects. The Courtly Cut and its Global Entanglements also looks at the relationship between global materials and makers, but from a very different perspective. It examines amateur craft practices at northern European courts as critical yet overlooked sites for early modern conceptualizations of European aesthetics; and it reveals the animating role played within this system by materials and objects arriving from afar, particularly from the East. In pursuing the courtly arts of ivory turning, paper cutting, and the decoupage of Chinese and Mughal source materials, European elites came into literal contact with the products—material, technical, artistic—of other cultures. In that space of contact, amateur artists reconfigured foreign goods and procedures via their own sense of design, a process that both reified and participated in shifting European artistic norms. An article emerging from this project (The Art Bulletin, 2019) was awarded the Emerging Scholars Prize from the Historians of German, Scandinavian, and Central European Art & Architecture.

Formalities: The Visual Potential of Script in Art of the Early Modern Spanish World focuses on the visual and material dimensions of letterforms and their mobilization in the art of the Spanish world of the long seventeenth century. It looks at letters, archival documents, handwriting manuals, printed books, etc. as objects whose visual forms were fundamental to everyday life in the Spanish Empire and were routinely taken up by artists. The project seeks to explain overlooked visual features of written communication in the early modern world, while also reframing art history’s relationship to “the archive”—here conceived as a place equally important for seeing as for reading. Research and writing for this project has been supported by grants from the ACLS, the Thoma Foundation, and the Newberry Library.

Hyman received his PhD in art history from the University of California, Berkeley and his MA from Yale University. He has held fellowships from the Jacob K. Javits Foundation, the Tinker Foundation, the UC-MEXUS Institute, the Belgian American Educational Foundation, the Social Science Research Council, the Center for Advanced Study in the Visual Arts, and the Metropolitan Museum of Art. He was also a Mellon Fellow in Critical Bibliography at Rare Book School (University of Virginia) and a founding member of the Andrew W. Mellon Society of Fellows in Critical Bibliography. More recent awards include a Wyeth Foundation for American Art, a publication fellowship from the Historians of Netherlandish Art,  an Association of Print Scholars Publication Grant, and the College Art Association’s Arthur Kingsley Porter Prize. 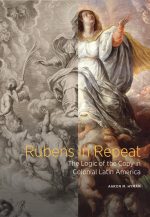 Rubens in Repeat: The Logic of the Copy in Colonial Latin America