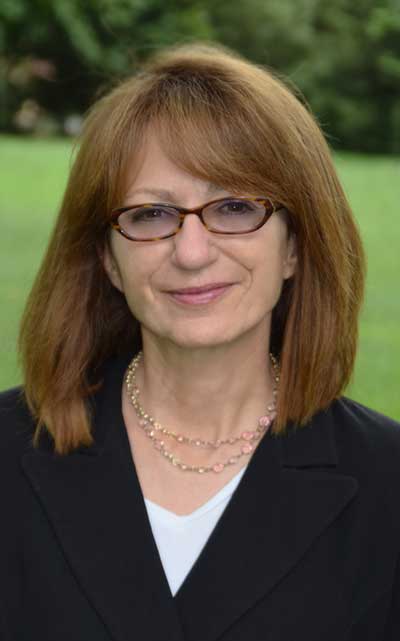 Lisa DeLeonardis joined the faculty in 2004 as the jointly appointed Associate Curator of Art of the Ancient Americas at the Baltimore Museum of Art and lecturer in the Department of the History of Art. She assumed the Austen-Stokes Foundation Professorship with the department in 2009. She teaches the undergraduate curriculum in the ancient and colonial Americas and advises undergraduates in the department and the archaeology major.

Her research lies at the interstices of art history and archaeology with interests in methodology, social history, and materials analysis. Recently, she has investigated questions about Inka occupational specialists and evaluated the kamayuq as a construct to more broadly address the social organization of artists and guilds in the Andes. Her current studies of value in techné continue this inquiry.

She serves in a number of advisory capacities including the boards of Latin American Studies, Museums and Society (until 2014), the Archaeology Museum, and the archaeology major. She directs the annual Distinguished Lecture in Art of the Ancient Americas and the Austen-Stokes Undergraduate Research Stipend program. She is president of the Archaeological Institute of America, Baltimore Society.

Research projects are conducted across the Americas with most research centering on the geographical region of south coastal Peru. Her work there examines Paracas and Nasca visual culture and history. She collaborates with the Museo Regional de Ica and has lectured and taught classes at the Pontificía Universidad la Católica del Perú and the Universidad Alas Peruanas.

Since 2007, she has investigated the architecture and social history at Santa Cruz de Lanchas, a Jesuit-occupied estate in Pisco. Her onsite analysis is complemented by archival research in the U.S., Peru, and Europe.

Her research is supported by the National Science Foundation, the Fulbright Commission, and faculty grants from Johns Hopkins. She was a summer fellow at Dumbarton Oaks, the Charles H. Watts Memorial Fellow at the John Carter Library, Brown University, and a recipient of the Robert H. Smith Fellowship, National Gallery of Art, Washington, D.C.

Graduate courses are offered in viceregal art and 19th-century Peru.

Most undergraduate seminars include special guest lectures and collections study in the Johns Hopkins Archaeology Museum and Mid-Atlantic repositories. Student-curated exhibitions such as Edward S. Curtis: Photogravures from the North American Indian, 1907-1930 and the forthcoming Used to Dwell arose from the Native American art seminar.

On Andean art and archaeology, her work has been published in Latin American Antiquity (2000), Andean Past (2005), Ñawpa Pacha (2013) and the Boletín de Pontificía Universidad la Católica del Perú (2014).  She is a contributing author to Andean Archaeology (Silverman, ed., 2004), The Construction of Value in the Ancient World (Papadopoulos and Urton, eds., 2012), and Making Value, Making Meaning: Techné in the Pre-Columbian World, (Costin, ed., forthcoming).

On viceregal Peruvian art history, her work appears in Ethnohistory (2011), and the Revista del Archivo General de la Nación (2013). She is a contributing author to A Companion to Latin American Literature and Culture (Castro Klarén, ed., 2008), and Guide to Documentary Sources for Andean Studies 1530-1900 (Pillsbury, ed., 2008).

She is concurrently completing manuscripts on the Paracas of Callango and the architectural history of Santa Cruz de Lanchas.

Construction of Value in the Ancient World (2012, Cotsen Institute)

A Companion to Latin American Literature and Culture (2008, Blackwell)