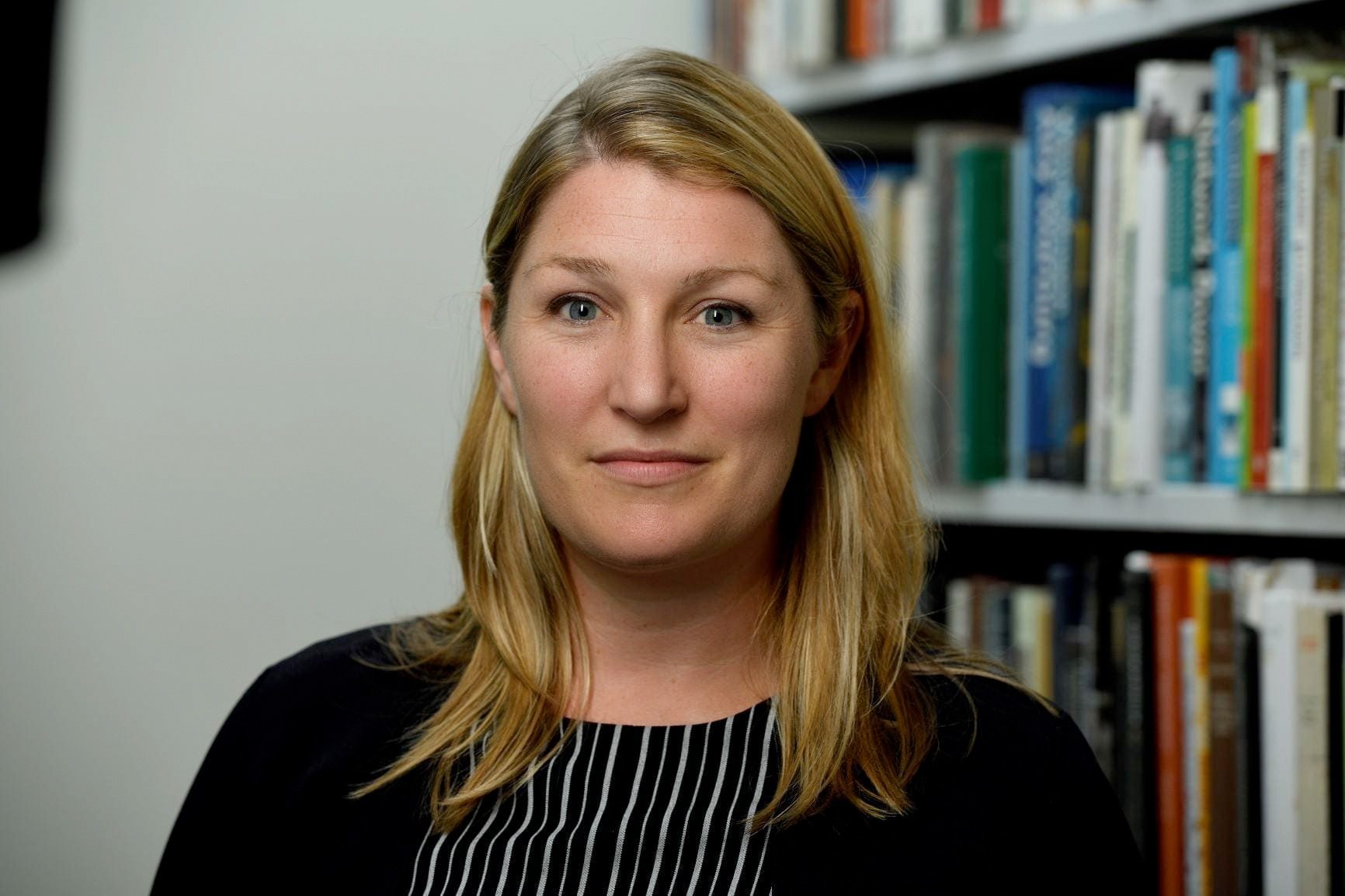 Jennifer Stager specializes in the art and architecture of the ancient Mediterranean and its afterlives. Her areas of focus include theories of color and materiality, feminisms, multilingualism and cultural exchange, disability studies, ancient Greek and Roman medicine, and classical receptions.

Stager’s first book, Seeing Color in Classical Art: Theories, Practices, Receptions, from Antiquity to the Present (forthcoming Cambridge University Press), recovers period ideas of color as a phenomenon in ancient Mediterranean art.  Stager analyzes the material colors of dyes, pigments, stones, and metals across the wider Mediterranean. Recovering material color not only reimagines the art of the ancient Mediterranean, but also opens up a series of connected theoretical frameworks, from valuing the care labor that color demands, or reimagining chora as a space of polychrome material generation, to seeing the reciprocities of inlaid eyes and ancient Greek theories of vision, and the medium of mosaic as a paradigm for artistic atomism. Stager has published two essays related to this research, “The Materiality of Color in Ancient Mediterranean Art” and “The Unbearable Whiteness of Whiteness”.

Building on the theoretical frame of mosaic, in Spring 2020, Stager launched the Antioch Recovery Project (ARP), an international collaboration that uses digital tools to analyze mosaics from the ancient city of Antioch (modern Antakya, Turkey, near the border with Syria), including those now in the collection of the Baltimore Museum of Art.

Her next book project, Deliverance from Pain: Feminisms and Hippocratic Medicine, analyzes how a range of media worked in conjunction with texts to produce a story of western medicine that both proposed new practices and built on the established visual cues of the religious cult of the healing gods Asklepios and Hygeia. Representational art associated with early medicine narrates a familiar story of the doctor as god, while portable arts, body-part dedications, curses and spells make visible practices and people traditionally excluded from histories of early medicine. An essay drawing from this research, “Towards an Archaeology of Care”, is forthcoming in Knappett and Watts eds. Ancient Art Revisited.

An Archaeology of Disability, a research station curated with David Gissen and Mantha Zarmakoupi, reconstructs elements of the Acropolis in Athens through the lens of disability and impairment and in languages and forms developed by and for contemporary disabled people. The research station opened at La Biennale di Venezia Architettura (May-November 2021) and traveled to La Gipsoteca di Arte Antica, Pisa (January-April 2022). As a curator, Stager has collaborated on a range of institutional and extra-institutional exhibitions, including the award-winning Picasso & Rivera: Conversations Across Time at LACMA and Museo del Palacio de Bellas Artes (2016-2017), for which she published "Torn Bodies for Pleasure: Classicism and Monstrosity in Picasso's illustrations of Ovid's Metamorphoses". With Jenny Salomon Omabegho as “Unexpected Projects” Stager produced a series of site-specific contemporary shows and a series exploring artistic collaboration for SFMOMA’s Open Space. Stager writes for academic and public audiences at Art Practical, ASAP/J, Classical Receptions Journal, Eidolon, Hesperia, Open Space, and RES: Aesthetics & Anthropology. A book of essays in classical receptions and feminist criticism co-written with Leila Easa, Public Feminism in Times of Crisis: From Sappho’s Fragments to Viral Hashtags (forthcoming, Lexington Books), will appear in 2022. Professor Stager has held fellowships from the National Institute of Humanities and the Getty Research Institute, the Center for Advanced Study in the Visual Arts, and the Center for Hellenic Studies in Washington DC.