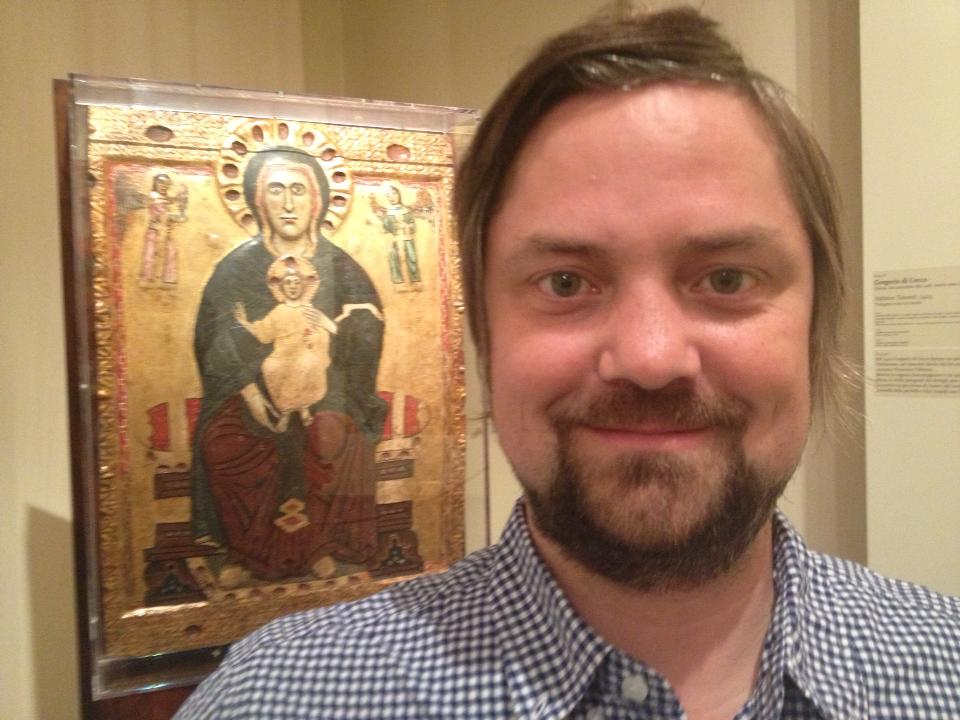 Christopher Lakey received his doctorate in the history of art from the University of California, Berkeley, and holds an MA in medieval studies from the Centre for Medieval Studies at the University of Toronto. He first joined the faculty in 2010 as a Mellon/ACLS New Faculty Fellow. He has also served as Visiting Assistant Professor of Art and the Humanities at Reed College and as Curatorial Intern in the Department of Manuscripts at the J. Paul Getty Museum in Los Angeles.

Lakey is the recipient of a number of awards, including a Franklin Grant from the American Philosophical Society and a Mellon Postdoctoral Fellowship at the Pontifical Institute of Medieval Studies, University of Toronto, where he is a candidate for the Licence in Mediaeval Studies (LMS).

His research interests include the relationship between art and science in the Middle Ages, the history of sculpture and sculptural aesthetics, and the history of visual theory from antiquity through the Renaissance. Lakey has presented aspects of his research at, among other venues, the Kunsthistorisches Institut in Florenz, Yale University, the Max Planck Institute for the History of Science (Berlin), and the Kunsthistorisches Institut, Universität Zürich.

Lakey teaches a broad range of undergraduate courses on sculpture, painting, manuscript illumination, architecture, and image theory of the Western European and Mediterranean regions, from the third to the 14th century. Additionally, he offers graduate seminars on sculptural aesthetics, vision and visuality in the Middle Ages, and the intersections of art and science in the premodern period.

Lakey’s primary research explores the intersections between monumental sculpture and
painting and medieval visual theory. His first book, titled Sculptural Seeing: Relief and The Rise of Perspective in Medieval Italy (in progress), offers a new appraisal of medieval sculpture in communal Italy and its impact on the development of perspective. Focusing on architectural relief sculpture, he demonstrate how and why sculptors considered the display of reliefs in terms of viewpoints, optical refinements, and proportional relations between objects and beholders—techniques that are primarily associated with painter’s perspective. By grounding sculptors’ artistic practices in image theology and recently translated texts on Greek and Arabic visual theory, he describes how they informed relationships between public sculptures and beholders in medieval Italy.

He is also working on two additional projects. The first investigates the relationship between photography’s early history and the formation of the discipline of medieval art and architectural history in America and Germany by contextualizing the photographic archives of William Henry Goodyear, Erwin Panofsky, and Arthur Kingsley Porter around Walter Benjamin’s theory of mass reproduction. The second analyzes the ways in which cosmological manuscripts, lapidaries, mineralia, and artistic manuals communicate medieval theories of matter and media.

“Contingencies of Display: Benjamin, Photography, and the Imagining of the Medieval Past,” Imagined Encounters, ed. Roland Betancourt, Special Issue of postmedieval: a journal of medieval cultural studies, 7.1 (2016): 81-95.

“To See Clearly: The Place of Relief in Medieval Visual Culture,” to be published in association with the symposium Science, Ethics, and the Transformations of Art in the Thirteenth and Fourteenth Centuries convened at the Clark Art Institute in September 2013.

“The Visual Culture of Epistemic Images in Walters 73: Diagram as Model,” article in preparation 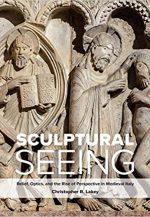